There are some restaurants in Dubai who gain popularity and momentum by word of mouth, considered hidden gems until the murmur becomes so loud that everyone hears about it. Well, the arrival of a restaurant called 3 Fils assaulted me from all corners – social media posts, friends recommending it, written reviews by bloggers I follow, interviews in print and I just could not ignore it. All through 2017 (the restaurant opened towards the latter part of 2016) I found myself, once in a while, telling those around me that we must visit, it just never happened. That was until this weekend.

I spoke with one of my ardent foodie friends and complained about how long its been since we met and caught up and it was the first time in all my conversations with her where I did not need to think of where we should go. 3 Fils. Enough said.

Nestled on the waterfront with a fishing harbour setting, this eatery seats about 30 people and does not take any bookings. I was advised to come before 8PM (on a Thursday) to guarantee me a table when I arrived. Lucky for us, we arrived at 7.45 – 15 minutes later and we would have been part of a waiting queue. And people wait, patiently – as I witnessed when we walked out at 10.30PM 😊

The website (down for maintenance as I write this) describes the food as modern Asian cuisine with Japanese influence and the menu is pretty easy to navigate. Separated into sections – Start Simple, Sushi, Use Them Hands, From the Fire and Sweet Endings – its made easier to decide once your server shows you what the dishes look like on their iPads. The portions are good for two people and sharing is encouraged – well a blessing for me considering I got to try a lot more of the dishes.

Sadly, 3 Fils does not have an alcohol license but the mocktails are creative. I had the Yellow Bird made with a mix of agave, lime and passion fruit. My taste buds haven’t stopped thanking me since my first sip. 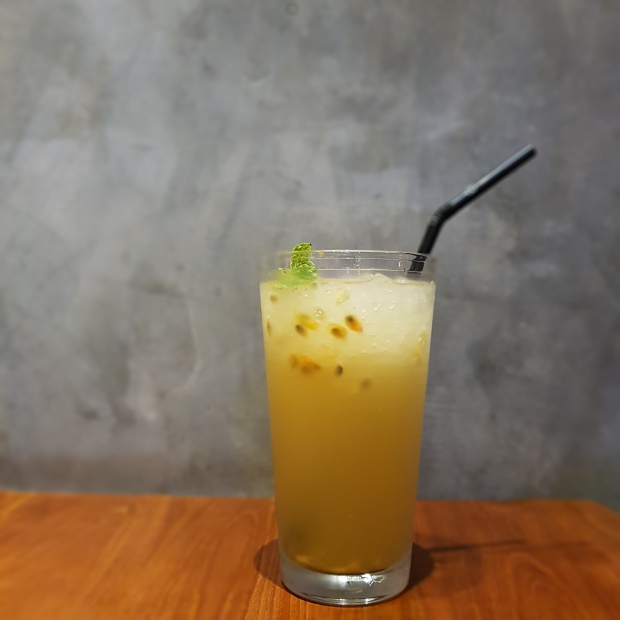 From the our first round we tried two dishes.

First up was the King Crab Salad (AED 60) – the most delicious crab meat punctuated with lashings of Thai chilli and a generous helping of coriander. 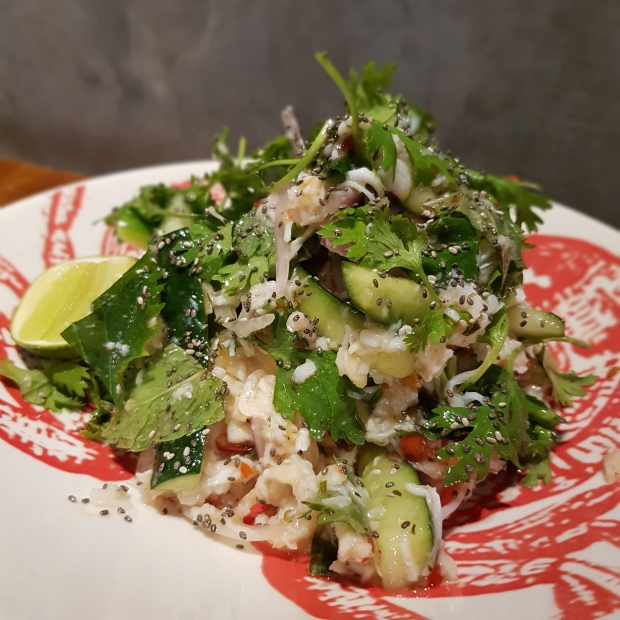 The second dish we ordered was not on the menu. I had seen it on the 3 Fils Insta page just before I had called to try and book a table. It seems you have to order the Emo Fries – a triple cooked potato chip topped with blue fin tuna slices and further topped with black truffles. This is where the motto of 3 Fils – Making complex, simple – comes in to play. After the first bite, my friend and I discussed how delicious it was and then ate the rest, slowly, appreciatively and in complete silence – it was as a dish that needed our undivided attention. 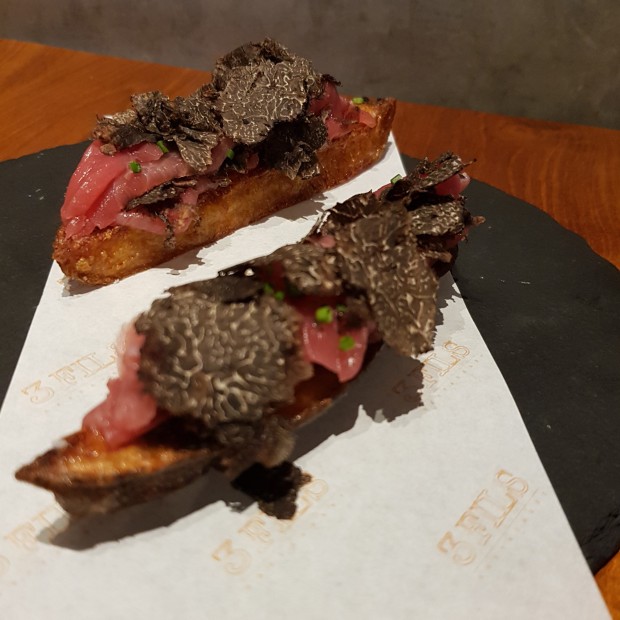 I was a bit on a carbohydrate overdrive (it was Thursday and I deserved to indulge) and had to order the Triple Cooked Chips (AED 24). It was crispy on the outside, beautifully soft on the inside and served with a garlic mayo sauce and a very nice barbecue sauce. 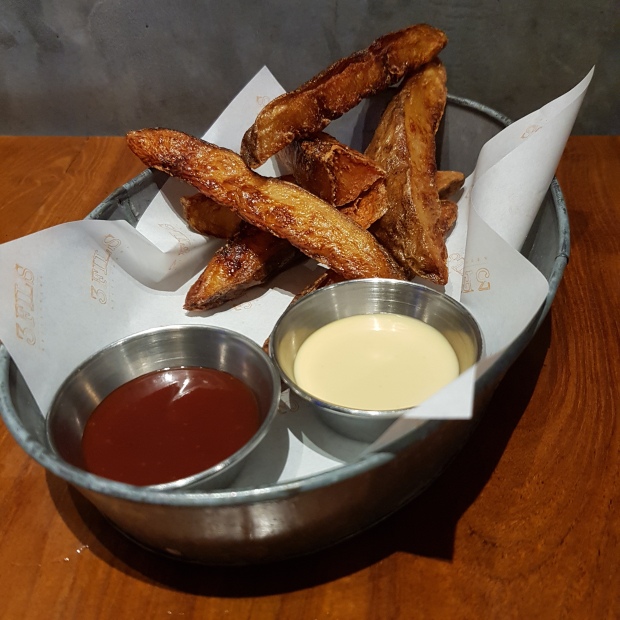 I had gone to 3 Fils knowing I would be eating the Black Cod. Here is where I have to admit how grateful I am to have a foodie friend who is adventurous and helps change my ‘mundane, regular, run-of-the-mill’ choices. We ordered the Corn Waffles (AED 35) – corn waffles, barbeque pulled beef brisket, chipotle mayo and avocado salad, topped with a generous helping of coriander (wonder if Chef Akmal Anuar has a soft spot for this ingredient). If the dish looked pretty (look at those colours), the taste of it was simply heavenly. 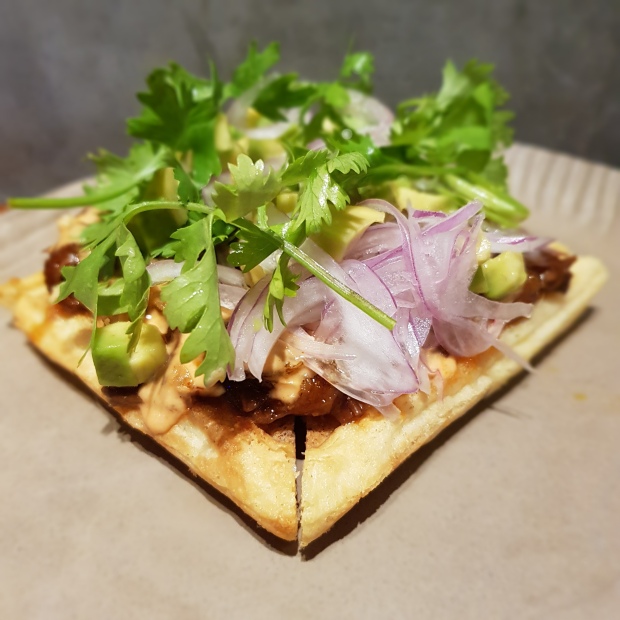 There was no way we were leaving without having dessert. The chocoholic in me would have chosen the African Powerhouse but my foodie friend had also done her homework and we ordered the Karak Ice Cream (AED 48). This dessert came with drama at the table, with our server coming at the table with this tray and ceremoniously went on to assemble the karak tea ice-cream in a cone with black tea crumble with almond. 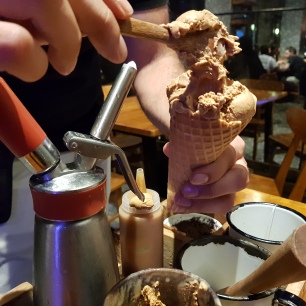 When we thought we were getting the cone in hand and reached out only for our server who decided to smash it on the table – and amidst our horrified gasps we realized he had aimed it into a bowl which had been put in place. He then added a cardamom foam on the side, and with a smile and asking us to enjoy it – he walked away. I liked it so much that I refused to let them clear the bowl when they through we were done – I need to lick every remaining bit of the dessert. You need to try and have a little of all the elements in one bite – absolutely superb.

One gripe I have is that they don’t offer local water. But other than that, 3 Fils lives up to its affordable name, providing more than value for money. The servers were patient and helpful and not once did we feel rushed in our two-and-a-half-hour meal.

One thing is for sure, queues or not, I will definitely be going back (would love to do a Chef Talk interview with Chef Akmal – should have asked him when I saw him at the restaurant).

NOTE: I ate at 3 Fils on my OWN time and money! The views and opinions expressed on this blog are truly my OWN.