CHEF TALK: FIRE IT UP! with AJIT ATHALE

This is Chef Ajit’s first official interview and I am sure at some point in the future, I will look back and say – he spoke with me first! Inspired by his father to cook, Ajit has worked his way up in the kitchens of the Oberoi Group of Hotels. He loves food – whether cooking it or eating it but he seems most passionate when he talks about Asian food. Ajit is an easy person to like, a man who enjoys the simple things in life and goes the distance when it comes to something he enjoys – quite literally – as he travels from Ajman to Dubai every day. Such dedication, both to work and family (his fiancée, soon to be wife lives in Ajman) is a great quality to have.

Were you a good kid, did you eat your veggies as a child?

I was a good kid. I ate everything, there were a few exceptions though – like bitter gourd (karela) or bottle gourd (lauki). Apart from those, food was never a problem for me. My favourite vegetable growing up was cauliflower. I believe my parents were blessed with me – what ever food was given to me, I would eat it whether I liked it or not. My mom, Malati, tells me that as a child I never had a problem when it came to food, but now I have become a critic of even her food. So whenever I go home now, she is always in a dilemma whether the tea has the right amount of sugar, is the salt enough in the food, is the meat that she has cooked been done just right – I wouldn’t way she is trying to be perfect, but she wants my approval on what she serves up.

What did you want to be when you were growing up?

I used to want to be a lot of things growing up. I wanted to be a cricketer until the age of 12. But I met with a very bad accident and I was laid up for about 10 days after which it took me over 45 days to get back to playing cricket. But as I grew up my perspective changed – this was around the time I was 14 years old. I grew interested in food. My dad, Ulhas, used to cook a lot. Our Sunday lunch meal was always prepared by him. I remember I looking forward to his dry potato vegetable.

I started cooking with my dad. I was really interested in cook but with school keeping me busy during the week, I used to help him cook on Sundays. So, from just observing my father cook, I got my father to instruct me on what needed to be done. I then slowly started cooking for my family every Friday night. So I can truly say that my love of cooking was influenced by my father. 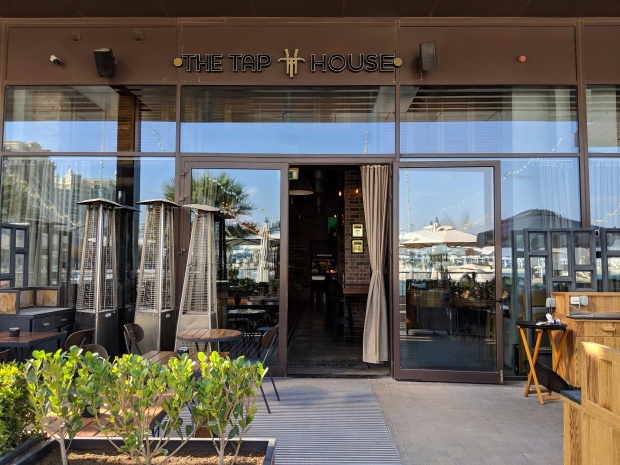 What was your most memorable restaurant job?

I would say it would be my time at the Oberoi Vrinda which is a luxury cruiser in Cochin, Kerala.  It was my first job as a Manager where I had the authority to actually take decisions – I was both head chef and the boat manager.  It was so much more than just cooking – I was in charge right from planning the itinerary of the guest to their full experience on the boat as well as taking care of the menu.

What did you have for dinner last night?

I went to a place in Karama which I think has recently opened called O’Pao. It’s a street food concept and everything served is in bread. I had the lamb keecha pao (pulled lamb) and it was really good.

Place you eat most often on days off?

I live in Ajman, so I tend to visit a place called Abhiruchi which serves Indian food – not fine dining but more of a street food concept. There are a lot of childhood memories with the food that they serve there – like papdi chaat, dosa, vada pav or missal pav – which was extremely popular when I was in college in Pune.  Another restaurant, again in Ajman called Mandarin Oriental which is in Bahi Ajman Palace Hotel – which serves Asian food. When I started working in Bangalore, I worked in the oriental kitchens – so I love going back to taste the cuisine with which I started my career.

What has been your most embarrassing cooking moment?

I tried to crack a boiled egg directly into a pan. This was when I had just started in Oberoi Bangalore. One day, I was called for to help out in the kitchen for breakfast as it was very busy. There was an order of a fried egg, and with everyone watching, I picked up an egg and tried to break it – unsuccessfully. It was later that I realised it was a boiled egg.   I learned that you need to tag the containers with the raw eggs and boiled eggs.

What’s your favourite ingredient/ condiment to work with?

I would say Basil. It’s a very dynamic herb which can be used in desserts and savoury dishes that I make. I used to always have a basil plant at my home as it was considered auspicious and my mother used to add the basil leaves to the tea that she served me. Basil was also used in the Thai restaurant where I was working in Oberoi Bangalore. So, when I got to Oberoi Vrinda which was my first job where I could decide the menu- a lot of my dishes had basil in them. Where the boat docked at night, there was a small garden where I made sure fresh basil was grown – both the sweet and hot basil.

It would be in London at Yauatcha with my soon to be wife, Shruti (getting married in June 2019). I want to visit London at least once in my lifetime and the restaurant is has some fantastic dim sums. I have tried the food in their outpost in Delhi but it originated in London. Having worked in an Asian restaurant I have always been fascinated with making dim sums or dumplings.

If you left Dubai to cook somewhere else, where would you go?

Maybe, Hong Kong because I would love to go and work at a restaurant called Aaharn. I always go back to what I first learned how to cook – Asian food. There was a chef I trained under at The Oberoi Bangalore who had previously worked with the Chef David Thompson who is the person behind Aaharn and I know I will get to learn a lot from him with regards to Asian food.

Who is the person you would most like to cook for and what would you cook them?

Gordon Ramsay. I have been following him for a very long time and have been very fascinated. I would really love cooking for him and meeting him in person. I would most probably make him a steamed sea bass with ginger, soy and coriander and a Thai green curry. 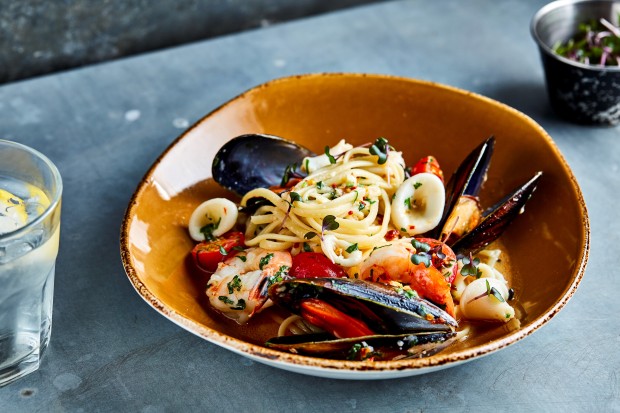 What is the dish on the menu you eat most?

The classic wagyu burger. I love the smoky flavour of the meat as we make it on a charcoal fire.

How would you describe your food philosophy?

My food philosophy I would say is to keep it simple, never complicate. Let the main ingredient do the talking. I don’t like anything fancy – not too much of molecular gastronomy, spheres or foam.

If you were an ingredient what would you be, and why?

Best culinary tool? Knife Sharpener. I believe that a Chef’s first task of the day is to make sure his knives are sharp.

A chef that inspires you? David Thompson. I have read his book Aaharn which talks about his journey and it inspires me. It’s a story of an Australian who makes his home in Bangkok, marries a Thai person and is so influenced by the local cuisine that he starts to cook which finally leads him to opening his own restaurant.

What’s your favourite comfort food? Pav Bhaji – this connects me back to my childhood.

What’s the best piece of advice you have been given? It was by Chef Arup at Oberoi Bangalore. Two-three weeks into my first job I made a big blunder in the kitchen – I burned about 60kgs of prawns – and I was trying offer an explanation as to why it had happened. Chef Arup stopped me and told me that the best thing to do is to accept one’s mistake. 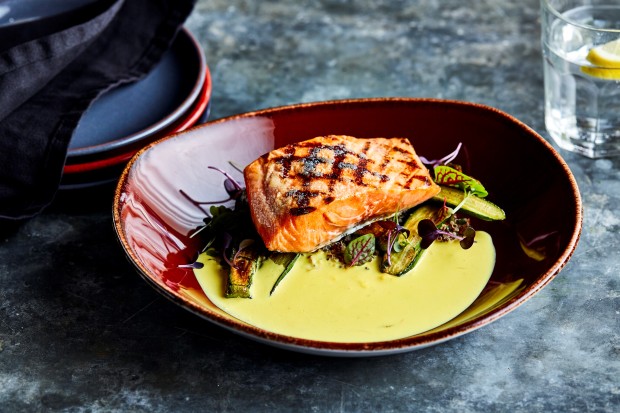 Last thing you cooked for yourself? I cooked myself a cheese omelette for breakfast

What is the one cooking tip you swear by? To season as you go.

And lastly, cake or pie? 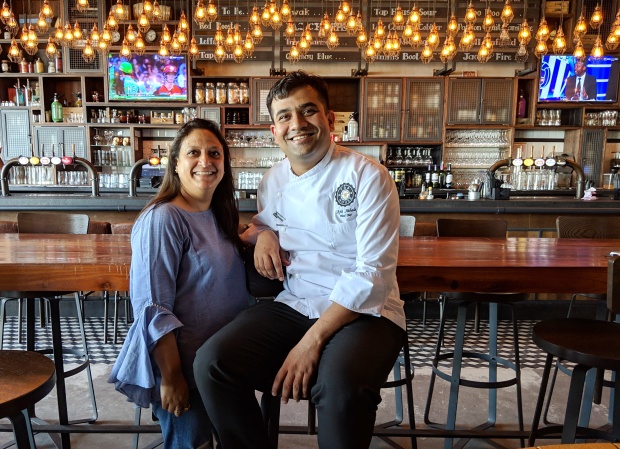 2 thoughts on “CHEF TALK: FIRE IT UP! with AJIT ATHALE”